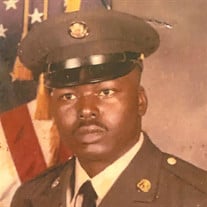 Thomas Moody Jr., 70, of Columbia, MO, passed away on Tuesday, May 7, 2019, at Southhampton Nursing Home. Celebration of Life services will be held on Saturday, May 18, 2019, at New Richland Church at 11:00 AM. Visitation will be from 10-11 AM Saturday at the church. Thomas Moody, Jr. was born on March 8, 1949 to Jetty Mae (Brown) Moody and Thomas Moody, Sr. in St. Louis, Mo. He worked as a chef at Gamma Phi Beta Sorority in Columbia, Missouri for several years. He was a member of Church of Jesus Christ of Latter-Day Saints in Fulton, Mo. He Briefly Served in the U.S. Military He loved being with his family. He loved his music and dancing. He enjoyed fishing, drawing, and writing poems. He had a green thumb when taking care of his plants. He was a black belt in Judo. He was the life of the party, always making people laugh. Thomas will always be remembered as a "Fly" dresser. Thomas was married to Lois Galbreath and to that union was born two girls. Later Thomas married Marilyn Smith and to that union was born two boys. Thomas also had a daughter by Frances Scott. He also had an mother figure Chim Duncan. He is survived by three daughters: Diana Scott from Springfield, Ohio; Treva Hogan (Ronmell) from Fulton, Mo; Teisha Moody from St. Louis, Mo; one son: Sundiala Cole Moody from Columbia, Mo; he was a father figure to Zachary Wainscott and Brandy Wadtananussorn from Columbia, Mo; two brothers: Elbert Harmon (Wendy) and William Moody (Bernadette) both from St. Louis, Mo; three sisters: Rosie Harmon from St. Louis, Mo; Flora Harmon-McCormick (Pat) from Portland, Oregon; Irma Jean Harmon from Cleveland, Ohio. He's also survived by twelve grandchildren, four great grandchildren and a host of nieces, nephews, cousins and friends. Thomas was preceded in death by both parents, his stepmother: Anna Mae Moody; one sister: Lorraine Harmon; one brother: Ronald Moody; one son: Balewa Moody; one grand­daughter: Kristalaia Whitney; one great grandson: Leiland Piggee. The meal will be provided by the Church of Jesus Christ of Latter-Day Saints, 1603 Kingswood Drive, Fulton, Missouri.

The family of Thomas Moody Jr. created this Life Tributes page to make it easy to share your memories.

Send flowers to the Moody family.