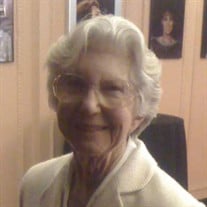 Not sure what to send?

Columbia, MO – Thelma Fox Randall of Columbia, MO, passed away Monday, March 7, 2022 at the University of Missouri Hospital surrounded by loved ones. Thelma was born on June 7, 1928 in Tacoma Park, MD, to Robert and Lucille (Stancil) Fox. In 1930, the family moved to California where Thelma spent most of her life. After graduation from Ventura High School, she attended the University of California, Los Angeles (UCLA) and Hollywood Presbyterian Hospital School of Nursing, graduating in 1949. She later received a Bachelor of Science degree in nursing from Chapman College in Orange, CA. For most of her nursing career she was employed in critical care. Thelma was one of the early nurses certified in critical care and enjoyed being preceptor to younger nurses. On August 23, 1986 Thelma married her high school sweetheart Donald (Don) Randall. They enjoyed traveling, backpacking and gardening in California before moving to Missouri in 2006, where they continued their hobbies. Thelma is survived by her daughter Kathy Hughes (Columbia, MO); sons Steven Boll and wife Karen (Fishers, IN); Bob LeSchofs and wife Mary (San Diego, CA); Baraa Randall and wife Yasmeen (Toronto, Canada); David Randall (Bremerton, WA); Daughter Anita Harper (Clovis, CA); and many beloved grandchildren and great-grandchildren, nieces and nephews. Thelma is preceded in death by her husband Donald Randall, her parents Robert and Lucille, her brother Bob Fox, and daughter Lynn Boll. In lieu of flowers, the family requests expressions of sympathy be made to Rainbow House http://rainbowhouseinc.org/donate. Please mark donations in memory of Thelma Randall. Memorial services are pending.

Columbia, MO &#8211; Thelma Fox Randall of Columbia, MO, passed away Monday, March 7, 2022 at the University of Missouri Hospital surrounded by loved ones. Thelma was born on June 7, 1928 in Tacoma Park, MD, to Robert and Lucille (Stancil)... View Obituary & Service Information

The family of Thelma Randall created this Life Tributes page to make it easy to share your memories.