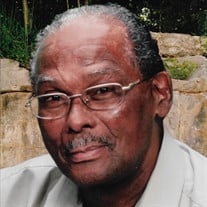 Terrance R. Crook, 75, of Boonville, MO., passed into eternity on Sunday January 28, 2018 at Barnes Jewish Hospital in St. Louis, MO. Funeral services will be held on Saturday, February 3, 2018, at 11 AM at Morgan Street Baptist Church in Boonville. The visitation will be held from 10 AM to 11 AM at the church. Terrance “Terry” Roman Crook was born on July 8, 1942 in Boonville, Mo. He departed this life to live eternally on January 28, 2018 surrounded by his loving family; wife, children, and grandchildren. Terry had a loyal brother, Gilbert Crook Jr. (Loretta), and a devoted sister, Anita Guess. Terry grew up in Lackawanna, New York, where he was well known and adored by his lifelong friends.  He loved to mentor young men who referred to him as “The Man”. He often spoke of his love for his family and friends.  He graduated from Lackawanna Senior High School and obtained a certificate in welding. As a result of his creativity and hands on training, he soon became an entrepreneur and co-owner of T&L Home Improvement Company. In 1964 he wed and thru this union, the Lord blessed them with four beautiful children. In 1991, Terry moved to Boonville to join his mother and extended family. Terry was employed at Toaster Master and Nordyne. On September 9, 1995 he married Carol Jones and because of their desire to grow in Christ together they joined the Morgan Street Baptist Church. They moved their membership to the New Hope Christian Church where Terry was licensed as a Deacon and later ordained as chairman of the Deacon Board, proudly serving until his passing.  Terry’s amenable and constantly pleasant disposition was his trademark.  He was extremely active in the church and in his community. He was a member and officer for over 20 years of the Concerned Citizen of the Black Community (CCBC), serving as President from 2008 - 2014. Terry also attended The Institute of Self Worth, A Curriculum for Life.  One of his greatest passions was to work with the Summer Lunch Program; making and delivering lunches to the youth at various locations.  His fondness for encouraging and mentoring young people continued throughout his entire life.  Since his retirement, Terry enjoyed, traveling with his faithful and loving Tag-along Aunt Bobbie.  They frequently visited family and friends near and far.  While at home, watching Westerns and spending time with the family dog, Roc, who always put that award winning smile on this face was one of his favor activities. Terry leaves to mourn: His beautiful, loving and devoted wife Carol and their children, Adrianne K. Spidell of Palm Beach Florida, Terri R. Sutton (AB) of Birmingham, Alabama, Toni L. Vazquez (Raul) of Buffalo, New York and one son Terrance R. Crook Gaiter of Buffalo, New York.  Renee Baker (David)of Texas, Yolanda Jones of Texas, and Doniale Doxley Kansas City, Missouri.  Nineteen (19) grandchildren: Isaiah Jeffries, Raul Vazquez, Arielle Gaiter, Iman Singletary, Isis Gaiter, Gabriel Sutton, Nadia Vazquez, Nina Vazquez, Treasure Sutton, Terrance W Gaiter, Terrell Gaiter, Saul Vazquez, Jasmyne Chambers, Maleik Chambers, Tymeshia Casey, Joshua Huskey(JJ), Elijah Carter, Sevann Midgyett and Terrence Luther.  Brother, Gilbert Crook Jr. (Loretta), and sister, Anita Guess (aka Dr. Guess) and one aunt, Roberta McGill, (aka Aunt Bobbie).  Terry was a husband, father, grandfather, brother, nephew, uncle, cousin, and special friend to many.  He will truly be missed.

Terrance R. Crook, 75, of Boonville, MO., passed into eternity on Sunday January 28, 2018 at Barnes Jewish Hospital in St. Louis, MO. Funeral services will be held on Saturday, February 3, 2018, at 11 AM at Morgan Street Baptist Church in... View Obituary & Service Information

The family of Terrance Roman Crook created this Life Tributes page to make it easy to share your memories.

Send flowers to the Crook family.