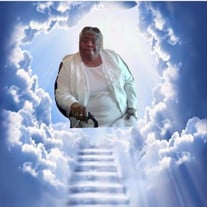 Rita Joyce Robinson, 72, of Columbia, slept into the arms of Jesus on Wednesday, April 1, 2020. Private family services will be held at noon on Friday, April 10, 2020. The service will be live-streamed at https://m.facebook.com/htmayfuneralhome/.... View Obituary & Service Information

The family of Rita Joyce Robinson created this Life Tributes page to make it easy to share your memories.

Rita Joyce Robinson, 72, of Columbia, slept into the arms of...

Send flowers to the Robinson family.