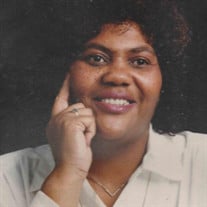 Madelyn Payne, 86, of Columbia, MO, passed away on Tuesday, March 8, 2022 at Boone Hospital Center. Funeral services will be held on Saturday, March 19th, 2022 at Progressive Baptist church at 12PM. Visitation will be from 11-12 on Saturday at the church. Services will be live streamed through the HT May & Son Funeral Home Facebook page and can be found at https://www.facebook.com/htmayfuneralhome. Madelyn Payne, 86, passed from her earthly home to her heavenly home on March 8th, 2022. On February 19th, 1936, Lucilious Hughes and Laverda (Blackwell) Hughes were blessed with the arrival of their final child, Maggie Madelyn. Madelyn spent her entire childhood in Dalton. She was educated at the Dalton Vocational High School. She had many friends and loved school and church activities. She was a member of First Baptist Church of Dalton until 1986. After graduating from high school, she married Mason Skillman and to this union, 5 children were born. Madelyn was preceded in death by her eldest daughter, Tina who died shortly after birth. Additional children include Myra Hodge, Roderick Skillman, Rhoda DiCrescenzo, and Kevin Skillman. Mason Skillman passed in 1983. Madelyn was preceded in death by both parents, sister, Thelma Tatum, and brothers Marvin, Donald Sr., Roland, and Maurice. Madelyn was uniquely blessed to have two sets of siblings. Growing up she had a special bond with her sister and brothers. Her relationship was very close with her sister's children her entire life. After her sister’s death, they celebrated holidays, vacations, and all life events together. She had a special bond with her mother. She supported and cared for her mother and Nadine Ward, who was like a sister. Madelyn loved Dalton and worked hard to support local and church activities. She relished “Dalton Day Celebrations” held Memorial Day weekend. As a mother, Madelyn was active in both her children, grandchildren, and great-grandchildren’s lives. She attended musical concerts, sporting events, and picked up and dropped off her grandchildren and great-grandchildren from school. While Roderick (son) attended the University of Missouri, Madelyn was known for hosting outstanding football tailgate parties attended by family members and residents of Chariton County. She worked for over 15 years at the Joe Mache factory sewing gloves in Brunswick, Missouri. In 1986 Madelyn married William Payne, Jr. and she moved to California. She resided in California until 1994. While living in California, she made many friends and was an active member of Allen Temple Baptist Church. At Allen Temple, she met a dear friend, Carol Bush during a new member’s class. She and Carol developed a lasting friendship. She was employed by the Morse family to assist with nurturing and rearing their young 3 children. As time passed, she became a cherished member of their family. In 1994 William and Madelyn returned to Missouri and purchased a home in Columbia. Madelyn’s summer was filled with friends and family dropping by their Dalton residence during summer. She had many friends and loved talking to the young and old. Madelyn leaves to honor her life and legacy: Husband - William Payne; children - Myra, Roderick, Rhoda, and Kevin; 5 grandchildren, 6 great-grandchildren, and 2 great-great-grandchildren; a host of nieces, great-nieces, nephews, great-nephews, cousins, and friends. Fun things about Madelyn. Her first name is Maggie, but she was called: Mat, Maggie, Matlene, Aunt Mat, Miss Matlene. She loved football, especially Mizzou Tigers and Kansas City Chief.

Madelyn Payne, 86, of Columbia, MO, passed away on Tuesday, March 8, 2022 at Boone Hospital Center. Funeral services will be held on Saturday, March 19th, 2022 at Progressive Baptist church at 12PM. Visitation will be from 11-12 on Saturday... View Obituary & Service Information

The family of Madelyn Payne created this Life Tributes page to make it easy to share your memories.

Madelyn Payne, 86, of Columbia, MO, passed away on Tuesday, March...

Send flowers to the Payne family.