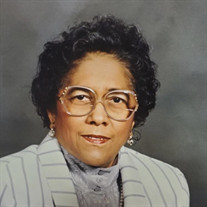 Jessie Glover, 90, of Fulton, MO passed away on Sunday, April 17, 2022, at the Neighborhoods Retirement Center. Services will be live streamed at 1:00 PM through the HT May & Son Funeral Home Facebook page and can be found at https://www.facebook.com/htmayfuneralhome. Jessie... View Obituary & Service Information

The family of Jessie Glover created this Life Tributes page to make it easy to share your memories.

Jessie Glover, 90, of Fulton, MO passed away on Sunday, April...

Send flowers to the Glover family.