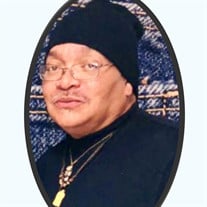 Herschael Smith, 53, of Columbia, passed away on Monday, December 31, 2018. Services will be held on Saturday, January 12, 2019, at 1 PM at HT May & Son Funeral Home in Columbia. Visitation will be from 12 PM to 1 PM at the funeral home. Mr. Herschael Bernard Smith was born to Beverly Smith on August 31, 1965. Herschael graduated from Vashon High School in 1983, where he played defensive end for the Wolverines. He later went on to play college football for Kansas City State University until sidelined by a knee injury. Herschael was an avid sports fan, but really loved football. No matter how good or bad they played, he never gave up on his favorite team, The St. Louis/Los Angeles Rams (Scrams). Many times, he could be found in his favorite chair doing what he loved. He worked for many years as a school bus driver with the Student Transportation of America (STA) bus company. Although Herschael was an only child, he was surrounded by the love of a large family. He met the love of his life, Rena Williams at age 17 and they were joined in holy matrimony on June 4, 2000. Through their union, his family began to grow. They are blessed with 3 children, 4 grandchildren and the entire extended Williams family. Herschael’s grandparents, Mendola and Samuel Smith preceded him in death. Though now absent from our presence, Herschael’s memory will always be in our hearts. He departed this life on December 31, 2018, leaving a host of family and friends to forever cherish his memory, including his devoted wife, Rena, one daughter, Sierra Smith (Ashley); two sons, Jarvis (Michelle) and Jordan Smith; grandchildren, Joel, Jayelynn, Zynan and Tristyn; two daughters-in-law, a loving mother, Beverly Smith (Diane Stokes); numerous aunts and uncles, brothers and sisters in-law, cousins and friends.

The family of Herschael Smith created this Life Tributes page to make it easy to share your memories.

Herschael Smith, 53, of Columbia, passed away on Monday, December...