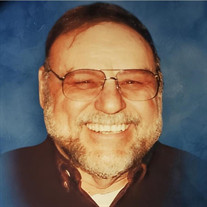 George "Bud" Long. 84, of Boonville, MO, passed away at his home on Saturday, April 10, 2021. Funeral services will be held on Thursday, April 15, 2021 at H.T. May and Son Funeral Home at 2:00 PM. There will be no visitation. Services will be broadcast on Facebook Live on Thursday, April 15, 2021 at 2:00 PM at https://www.facebook.com/htmayfuneralhome. George (Bud) Long joined this world March 11, 1937 and as far as we’re concerned left it much too early; April 10, 2021. One day shy of his 62nd Anniversary with his beloved sweetheart, Meribeth. At 18 he joined the Navy and proudly served his country as an Air Traffic Controller upon the USS Ticonderoga. There he met his lifelong friend Bill Henderson who later became family after marrying his sister, Dorothy. Some might say Bud was a simple man living a quiet life in a small town. But there was nothing quiet about his joyful spirit, his work ethic or his love and devotion to his family. Under the apprenticeship of his Father-in-Law Tony Fenton he became a Master Plumber. They were kindred spirits, both artistic and hard working. He also taught Bud the art of drafting blueprints. Skills that helped him design and build two homes for his family. Aside from being a lifelong entrepreneur and owning several businesses - Star Plumbing and Heating, The Starlite Drive-in, Oasis Pools and I 70 Store-All, he cut a mean rug and loved twirling Meribeth around the dance floor. His professional achievements whether building the Wilson Pool Complex or plumbing the Columbia Airport were only surpassed by his devotion to his family. After working sunrise to sunset, he’d make his way to the Starlite Drive In and walk the rows of cars with his flashlight making sure everyone was safe… and behaving. Bud loved Christmas and spent weeks building a snowy mountain village with a train, ice skating rink, main street with villagers and carolers with carousels, Ferris wheels and snow globes. He loved creating, building and adding to it every year. His only son Chris together with Bud’s young grandsons worked side by side, building the houses, pools and various other projects. Learning important life lessons such as how to properly dig a ditch and that any problem could be solved with enough cus and sweat. For Meribeth, his daughters and granddaughter. He loved planning sweet surprises. Shopping months in advance for that special gift. Some say a life well lived can only be determined by how deeply we loved and were loved. We are his family, his wife, his children, his grandchildren, his great grandchildren and we a wholeheartedly agree! Meribeth Long, Lori Pfautsch and husband Jim, grandchildren Corey (Debbie – Isaac, Carson & Tucker) Jessica (Aiden)… Annette Long – grandchildren Ryan, (Keri - William & Weston) Jacob (Megan – Teigan, Emma & Bradyn) Zach (Tiffany Butler) Chris Long husband Jeff Darin. .

The family of George "Bud" Long created this Life Tributes page to make it easy to share your memories.

Send flowers to the Long family.