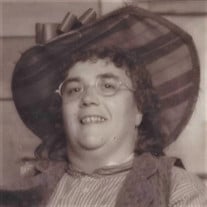 Beverly Ann Mojzis of Shelbina, Missouri passed away on Saturday, June 6, 2020, at Landmark Hospital, Columbia, Missouri. She was born January 4, 1943, in Providence, Rhode Island, the daughter of Nathan Edward and Laura Cecelia Motta Burdick. She married John Paul Mojzis August 3, 1975, in Denver, Colorado. He preceded her in death November 4, 2018. Beverly was raised in the Catholic faith. She attended North Providence High School. She worked as a bartender for many years in Denver, Colorado, and Monroe City, Missouri. Beverly was a kind and friendly person who never met a stranger. Her strong spirit of adventure led her to attend the Woodstock Festival where she shared in music history. Beverly and her husband enjoyed traveling, watching movies at home, and going to the casinos. John was an avid gardener and Beverly enjoyed canning salsa, spaghetti sauce, and bread-and-butter pickles every summer. Survivors include one brother, Irving Burdick (Kathy) of Johnston, Rhode Island, and several nieces and nephews. She is also survived by her life-long best friend, Beverley Ellis of Smithfield, Rhode Island. She was preceded in death by her parents, her husband and her sister, Glenda Cecelia Burdick Doiron. Cremation arrangements are under the direction of H. T. May & Sons Funeral Home . At Beverly’s request, there are no funeral services planned.

The family of Beverly Mojzis created this Life Tributes page to make it easy to share your memories.

Beverly Ann Mojzis of Shelbina, Missouri passed away on Saturday,...

Send flowers to the Mojzis family.